The Elements of Action from the View of the Holy Quran

Each action has different components and their recognition is more important than doing it. Indeed, the value of the action is directly related to the recognition of its components. Components are the elements that action is composed of. Some of the components are "pre-action," some of them are "mid-action", and some of them are "post-adaptation". This article seeks to study the components of "mid-action" by an inductive-interpretive and descriptive-analytical method in the Qur'an from the perspective of social studies and to answer this question, "from the point of view of the Qur'an, which components the action is composed of?"
By reviewing the verses, it can be said that the conceptual scope of action in the Quranic scriptures consists of these words: ‘acquisition’, ‘production’, ‘doing’, ‘act’, ‘good’ and ‘evil’. The study of the verses shows that the Qur'an has expressed about twenty stages of "mid-action”, such as: feeling of need, visualization, measuring, comparing, consulting, enthusiasm, choosing, wanting, belief, intention, reason, and cause, will, Final decision, determination, trust, consideration, action, try, accomplishment, patience, and endurance. In order to determine the components, the mechanism, the order, the intensity and weakness of the components of action, one must first determine the type of action, since it is not necessary for each action to have all of these components. Dividing the component into three parts and extracting the maximum steps for the action is one of the research innovations. 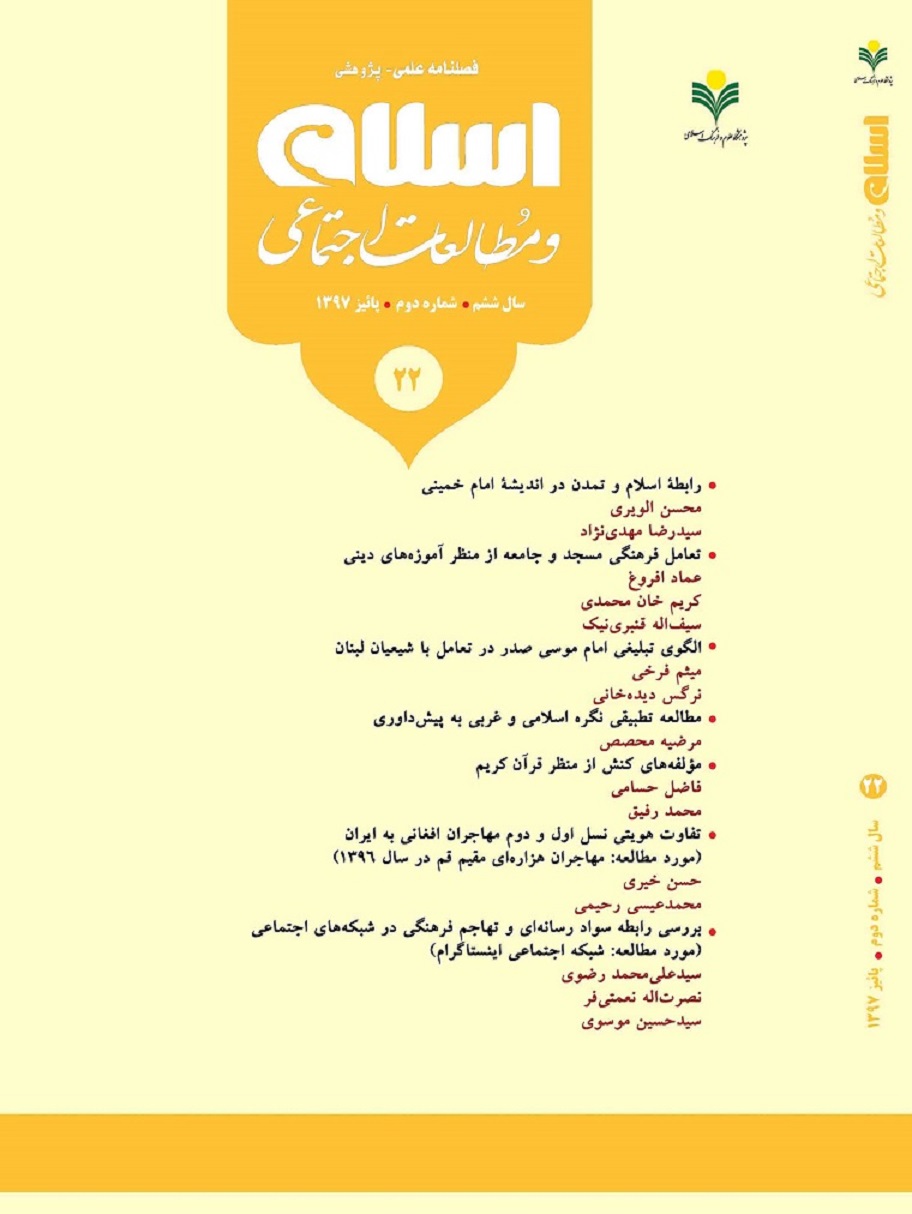